EVs Can Lead the Charge for Responsible Batteries

When I walk in my neighborhood, I’m starting to notice electric vehicles (EVs) parked on the street and driving through town. When I turn on the television, car companies are starting to run ads for their EV models. It’s clear EVs are on the rise, and there’s no sign that their growth is slowing down anytime soon.

EVs produce fewer emissions, and there’s mounting evidence that the total cost of ownership is less than the cost of a traditional gas-powered car. This is good news, since currently our largest source of greenhouse gas emissions comes from the transportation sector.

Benefits are Driving Explosive EV Growth
How fast are EV sales growing? Although EVs make up just 2.45% of cars purchased in 2019… 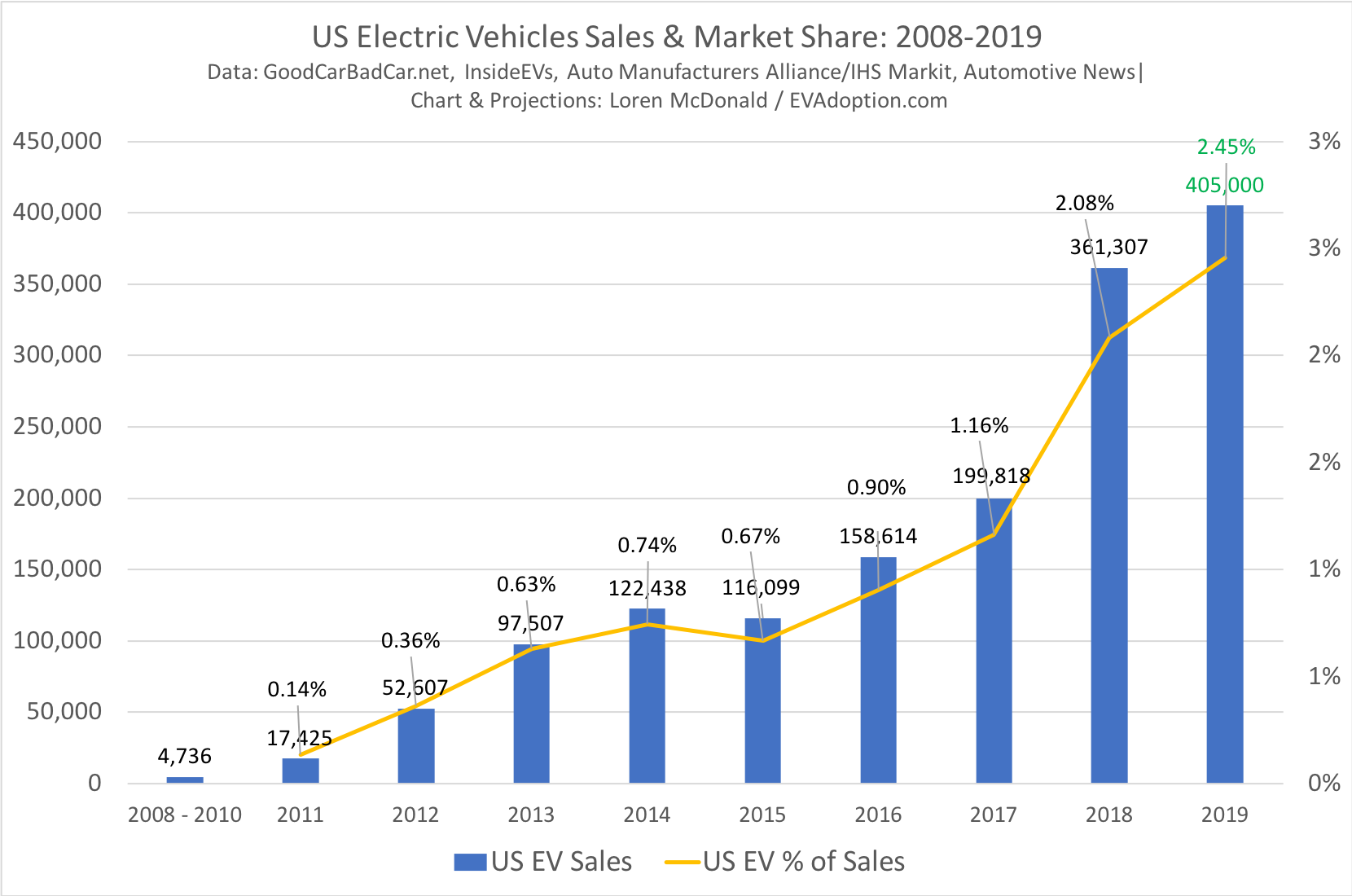 . . . that figure is expected to rise to nearly 18% in the next nine years. We’re on the cusp of a paradigm shift in how we fuel our mobility. 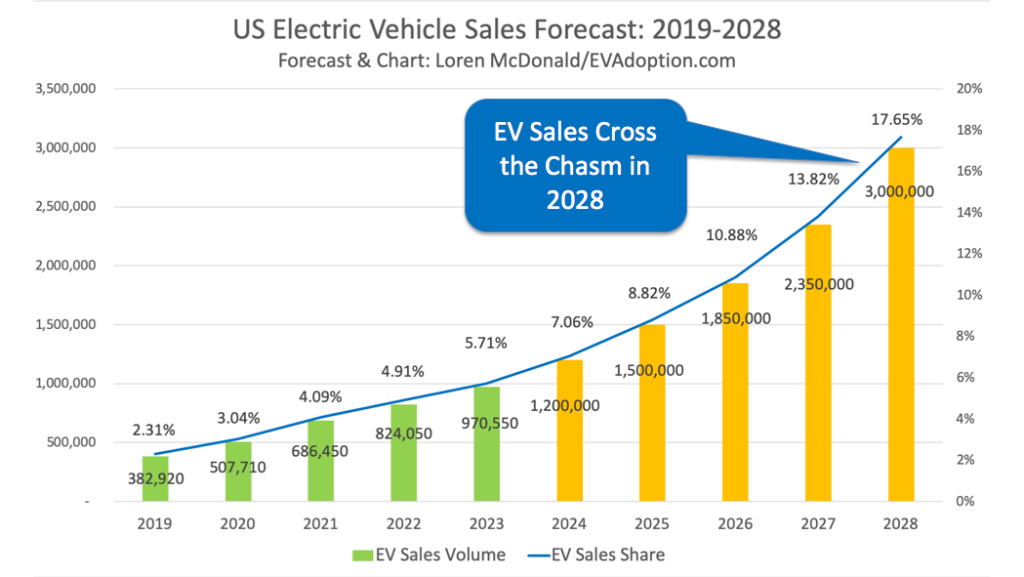 EVs benefit the environment, and also the electric power grid. Each vehicle has a battery which can be both set to charge when electricity use is low (e.g., overnight), and is capable of releasing power to the electric grid during “peak” hours. This enables the battery to act as an active demand management tool and reduce the need for “peaker plant” generation (run on fossil fuels).

Utilities are planning for this future. Many are starting to provide preferential rates for customers who charge during off-hours. Electricity is now being used as a fuel in the way that gasoline traditionally has been; this poses a new and exciting business model for electric utility companies. In addition to the grid benefits, the rise of EVs can generate a new source of income for utilities. In New England alone, utilities including National Grid and Eversource are supporting the growth of EVs through programs that cover some or all charger infrastructure and equipment costs. Utilities in states from California to Georgia to Minnesota and more, are developing – or have already implemented — programs to help accelerate EV adoption and capitalize on related grid benefits.

Lithium-Ion Batteries: The + and –
Batteries have a complicated existence. They’re ubiquitous: in our smart phones, our computers, and now in our cars and in the large-scale storage technologies deployed by major renewable energy developers and electric utilities.

Many batteries are composed of lithium-ion, a mixture of oxidized lithium, cobalt, iron, nickel, phosphate and manganese. Most lithium isn’t mined. More than 95% comes from pumping underground brine into pans, allowing the liquid to evaporate and separating out the lithium using electrolysis. The other metals, though, the cobalt, copper, nickel and aluminum, have high environmental impacts and are mined throughout the globe, from Tibet, to the Democratic Republic of the Congo, to Chile.

The components of lithium-ion batteries are not renewable resources, and their mining has damaged the ecosystems where they are found. As an example, mining for lithium in Chile’s Atacama Desert has created a water shortage crisis. 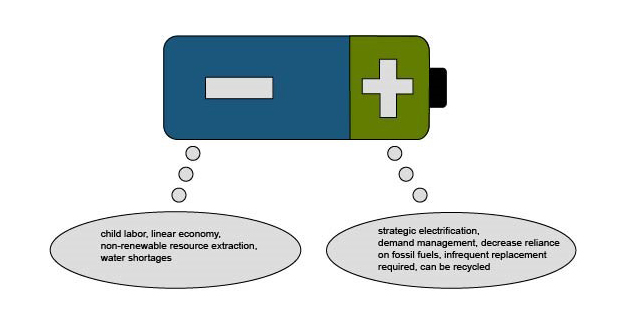 Cobalt prevents batteries from overheating, increases their longevity, and is mainly sourced from the Democratic Republic of the Congo due to lack of prevalence elsewhere. This element is highly toxic when extracted and has often been mined by children without protective gear. Recently, Amnesty International got involved, and companies including Apple and Samsung are now publishing their supply chains. Attempts to reduce the amount of cobalt in batteries have resulted in using more nickel, which also poses environmental and ethical concerns. Today, roughly 10% of the total cobalt mined is used for EVs.

Leading the Charge
Thankfully, more is being done to mitigate the impacts of mining. Nissan is opening a battery recycling facility in Japan and plans to sell refurbished batteries less expensively than new ones. The US DOE launched a program that aims to reuse and recycle critical components of lithium ion batteries. Companies like Battery Resourcers in Worcester, Massachusetts are discovering new and innovative ways to effectively recycle batteries.

Along with environmental and social concerns, a finite amount of resources is available to produce these batteries. Recycling them is the most earth-conscious decision, and perhaps it’s the only way to sustain steadily increasing demand. 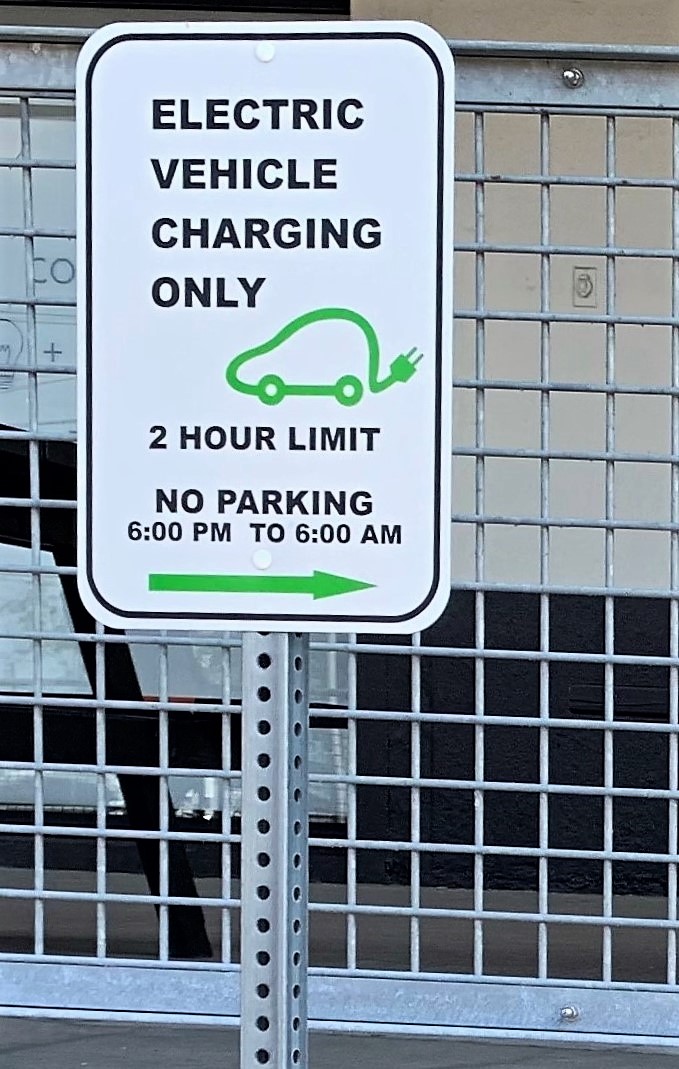 I’ve noticed that the EV industry is quieter than I would wish about the environmental and social impacts of batteries. Yes, mining battery components is less damaging overall than oil and gas drilling. And yes, there are other industries that make up a larger share of battery use (e.g. cell phones, tablets, larger scale battery storage), but that doesn’t mean that this industry’s impacts are negligible. At EV events, we tout the benefits of EVs — which are very real — but often neglect to address ways we can improve as an industry. Let’s focus now to make the battery supply chain the most ethical one it can be.

Circular Economy
The circular economy, as opposed to the linear economy (make use, dispose), is a system in which we keep resources in use for as long as possible, extract the maximum value from them whilst in use, then recover and regenerate products and materials at the end of each service life. A widely adopted circular economy for lithium ion batteries affects not only EVs, but also battery energy storage technologies and all the other technologies that we rely on — computers, cell phones and tablets.

Our society is shifting to EVs not just because they require less maintenance and are overall becoming the most cost-effective vehicle to own. We’re shifting to driving EVs because we care about the earth and its people.

E4TheFuture is supporting the launch of an electric car-share program because it strongly aligns with our mission. This pilot program also promotes a more circular economy. A study by Car2Go showed that one shared EV can replace up to 11 private cars. By sharing EVs, we reduce the number of vehicle batteries that need to be mined, decreasing our impact on the environment and making our transportation more circular.

The EV industry can lead the charge in a shift to a circular economy. Now is the time to be honest and transparent about these issues and address them head on. We’re just starting to climb the curve of projected exponential growth – and we want to be proud of every aspect of the industry we’ve built. Let’s make the change now – children in Democratic Republic of the Congo, the people living in water shortages near Chilean mines, the Earth, and future generations, will thank us for it.